Yeah, but No – Compliance vs. Safety

Often, compliance and safety go hand-in-hand. This leads us to believe they are the same thing. Occasionally they are not; and when that’s the case, it is our duty to place SAFETY above Compliance. 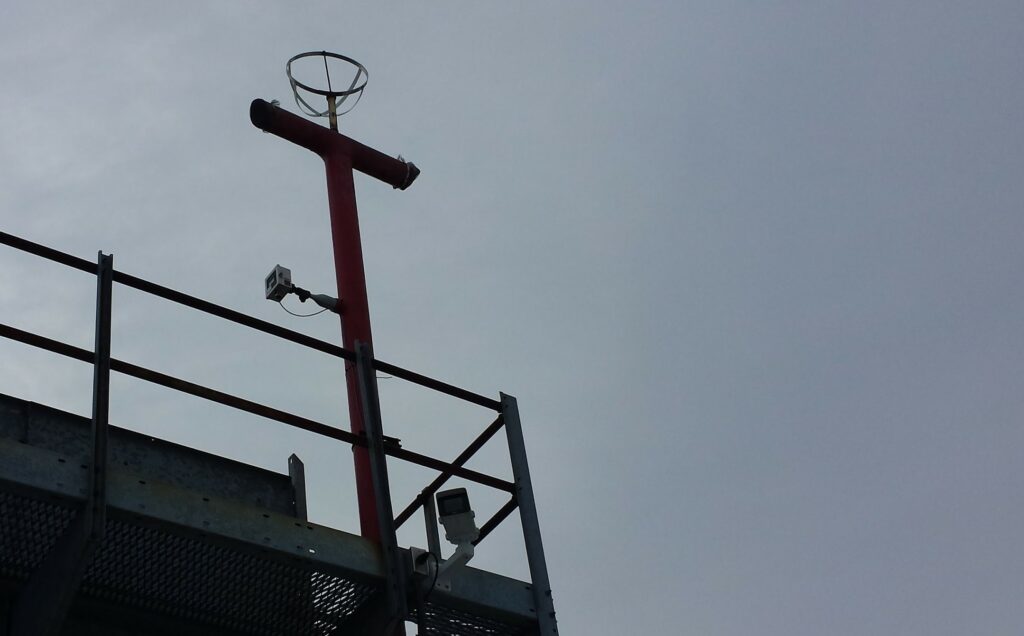 Notice that the relief termination is cut at a 45 degree angle with the opening facing down. As shown below, this is one of the many termination methods described in the IIAR’s Piping Handbook 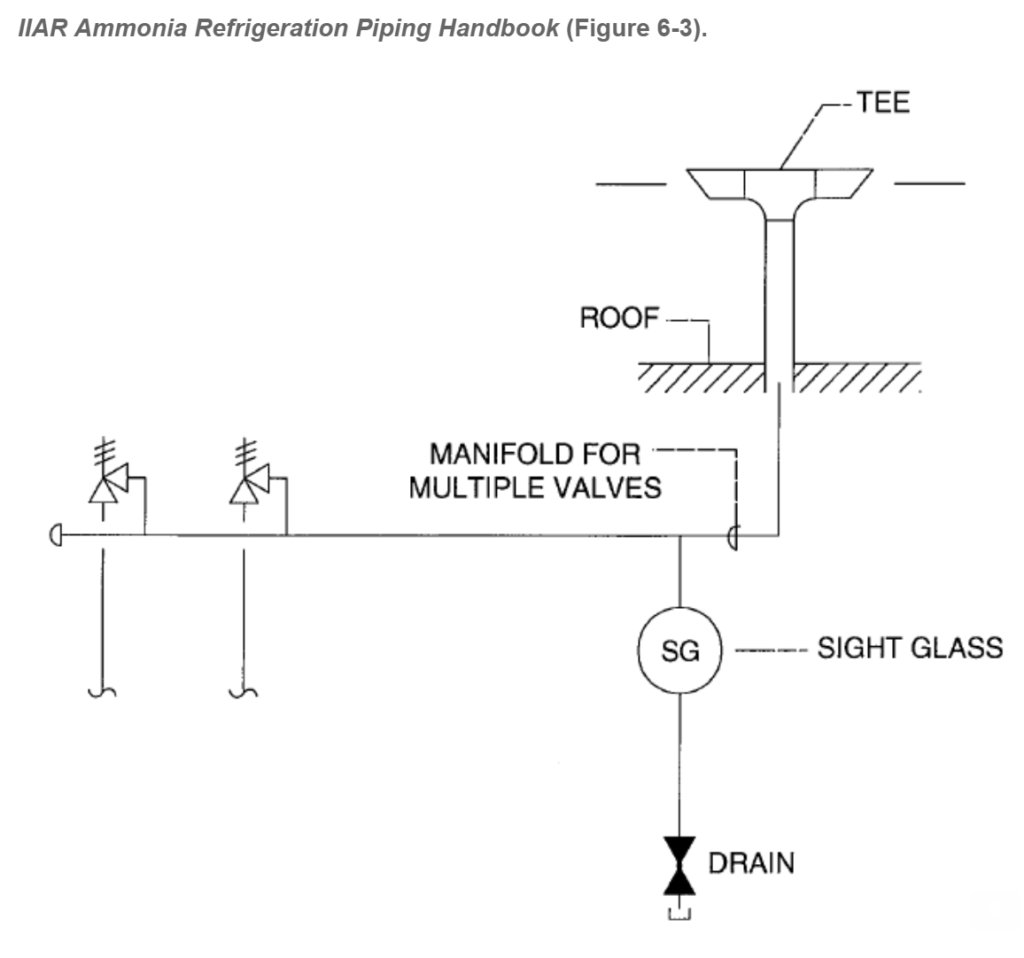 IIAR 2 2014a 15.5.1.5* The termination of the discharge shall be directed upward and arranged to avoid spraying ammonia on persons in the vicinity.

Note: In the informative appendix “IIAR 2 2014a A.15.5.1.5 The termination of discharge is considered the final several feet of the relief piping. The vent end point of relief piping may include a design to prevent rain and snow from entering. Many designs provide a method to prevent rain and snow from entering. The design at the vent end point may be a “tee” diffuser…”

I’m certainly not the first to notice this issue. A few years ago, Bryan Haywood of SAFTENG.NET wrote a small article about it. Others have argued that this is a compliant arrangement.

Reasonable people can disagree and often PSM/RMP is about making a defensible case. To me, this relief termination is NOT compliant with IIAR 2 2014a 15.5.1.5 because the release will be directed DOWNWARD at a 45 degree angle directly at a roof where we know we will occasionally have service personnel.

Regardless of where you come down on the compliance issue, being compliant does not mean you are safe.

To put it another way, the danger posed by NH3 being released towards the roof and service personnel doesn’t go away even if you believe the arrangement shown above is compliant with IIAR 2 2014a 15.5.1.5.

You’d still have to analyze this hazard and attempt to control it.

Note: You could easily modify this arrangement like the picture below to be both compliant AND safe. 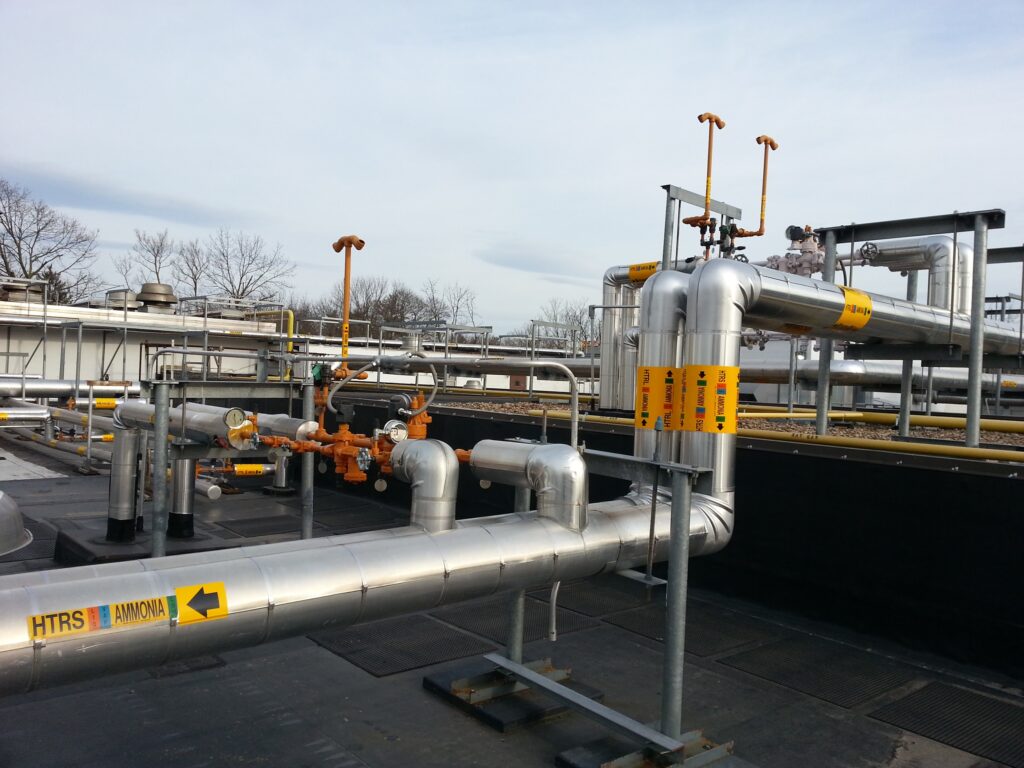