Dumping Ammonia Down the Drain? That’s a bad idea and it will cost you!

“On Jan. 24, 2008, an ARC technician was performing a service job that required the removal of all ammonia from the refrigeration system’s 1,683-gallon holding tank, Assistant U.S. Attorney Bill Morse said. After transferring most but not all of the ammonia to other parts of the system, the technician drained the rest into a floor drain, which he knew led to a public treatment plant.

The amount of ammonia poured down the drain is disputed: Prosecutors estimate as much as 212 gallons, while the company contends it was as little as 15 gallons, Morse said. Regardless, upon arrival at the wastewater plant it killed much of the organic biomass used to treat the sewage, authorities said.” —Concord Monitor

These guys now face up to a $500,000 fine and up to five years probation! If you have to drain or purge ammonia out of a system put it into water where it can be diluted. You can then treat the water with Citric Acid or Vinegar to achieve a neutral PH. Or if it can be placed somewhere out of the way with controlled access you can let the ammonia vapor slowly dissipate out of the ammonia/water mixture over time. There are lots of good options to deal with it, but putting it down the drain is NOT one of those options!

Don’t dump it in a ditch or local stream either, or you’ll end up with something that looks like this: 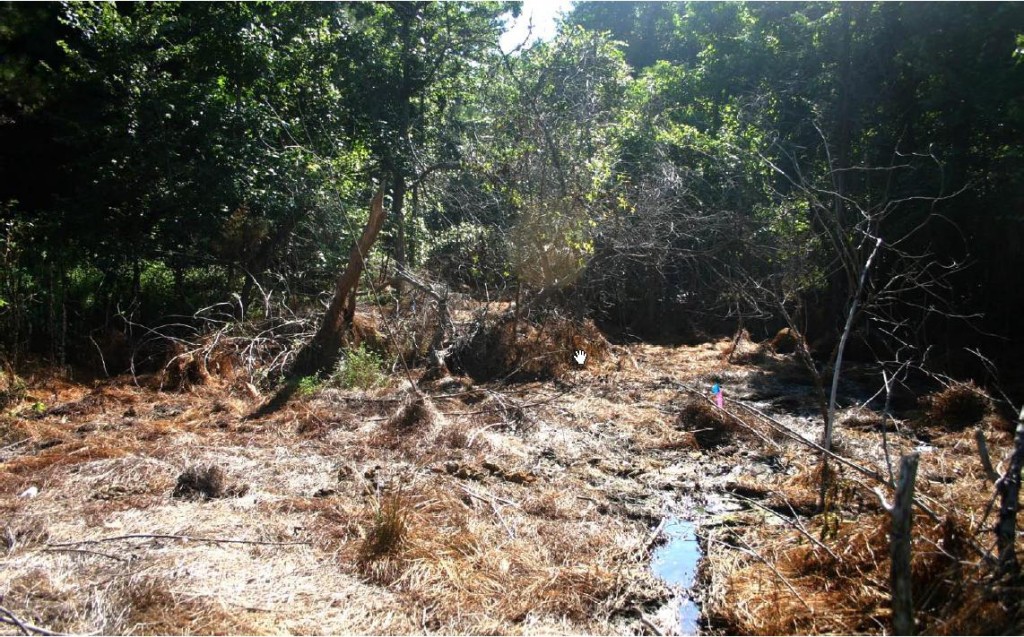 I assure you, the EPA will come calling if this happens. So will the media and probably an attorney or two. No good can come of that!