Are Oil Separators a Confined Space?

Posted on February 8, 2013 by Brian Chapin
Quite a few people have been reporting that OSHA inspectors and consultants are making an issue of people not classifying their compressor oil separators as a confined space. This is vexing because unless your oil separators are “large enough and so configured that an employee can bodily enter and perform assigned work” it wouldn’t appear that the standard (1910.146) applies to them. While I agree that the standard itself might cause confusion, the “Summary and Explanation of the Final Rule” is fairly clear on the matter:
.

Proposed paragraph (b)(23)(i) stated, as the first criterion, that a space had to be “large enough and so configured that an employee can bodily enter and perform assigned work” in order to be considered a permit-required confined space. Several commenters (Ex. 14-4, 14-42, 14-94, 14-99, 14-143) stated that it was confusing for proposed paragraph (b)(23)(i) to provide that a permit space was sized and configured for bodily entry when the definition of “entry” provided that entry began when the employee’s face broke the plane of the opening into the space. Some of the commenters (Ex. 14-42, 14-94) noted that the proposed definition excluded spaces which contained hazardous atmospheres and into which employees were able to insert only their heads and shoulders. For example, Mr. Martin Finkel, a Certified Marine Chemist with Marine & Environmental Testing, Inc. (Ex. 14-4) stated:

The definition of Permit Required Confined Space, as stated, does not allow for small space[s] which permit entry of a worker[‘]s head, but not his/her whole body. Such a space may prove just as hazardous if it contains an IDLH atmosphere which the worker breathes. I recall seeing photos of a [fatality] on a barge where only the worker’s head was in the tank – his body remained sprawled on deck – yet the worker was just as dead as if he had entered bodily. Therefore, I suggest removing [paragraph (b)](23)(i) entirely from the definition of Permit Required Confined Space.

The Agency has not adopted this suggestion. While OSHA is concerned that spaces that are too small for complete bodily entry may pose hazards for employees, the Agency did not intend to cover such spaces under the permit space standard. OSHA believes that the NPRM preamble discussion of permit space incidents and of proposed provisions clearly indicates that the proposed rule was intended to cover only spaces that were large enough for the entire body of an employee to enter. As commenters have correctly noted, the proposed definition of “permit required confined space” did not cover the “small” spaces. Such spaces do not meet the definition of “confined space”, nor do they pose hazards comparable to those associated with confined spaces. Since an employee cannot totally enter such spaces, he or she should not have difficulty withdrawing from the space. In order for a space to be considered a permit-required confined space, it must first be a confined space. A space that cannot be entered is not confined; therefore, it does not pose hazards related to the difficulty of exiting the space.

OSHA realizes that an employee may still be injured or killed as a result of some atmospheric hazard within such an enclosed area; however, this standard is not intended to address all locations that pose atmospheric hazards. The Agency believes that the procedures necessary to protect workers from atmospheric hazards alone are not those required by this standard, but are required by other OSHA standards, such as Subpart Z of the General Industry Standards. The exposed employee must also have difficulty exiting the space for many the requirements of section 1910.147 to apply. For example, the need for an attendant to be present is doubtful. Spaces that cannot be entered are small enough to be readily ventilated(8), and in many cases a reaccumulation of a hazardous atmosphere is highly unlikely. Because the requirements set forth in final section 1910.146 are not appropriate for application to spaces into which an employee cannot completely enter, OSHA has retained the language proposed in paragraph (b)(23)(i), which appears under the definition of “confined space” in the final rule.

While oil separators may present safety issues that require addressing in your Process Hazard Analysis, it seems fairly clear that almost all of them are not covered by the Permit Required Confined Space standard.

2018 Update: 5 and a half years ago when I wrote this, I used very specific language in the beginning of the article:

…unless your oil separators are “large enough and so configured that an employee can bodily enter and perform assigned work” it wouldn’t appear that the standard (1910.146) applies to them…

Recently, I’ve come across some very large compressors where the separators ARE “large enough” than an employee could bodily enter them. In those cases, the Confined Space rule would apply. 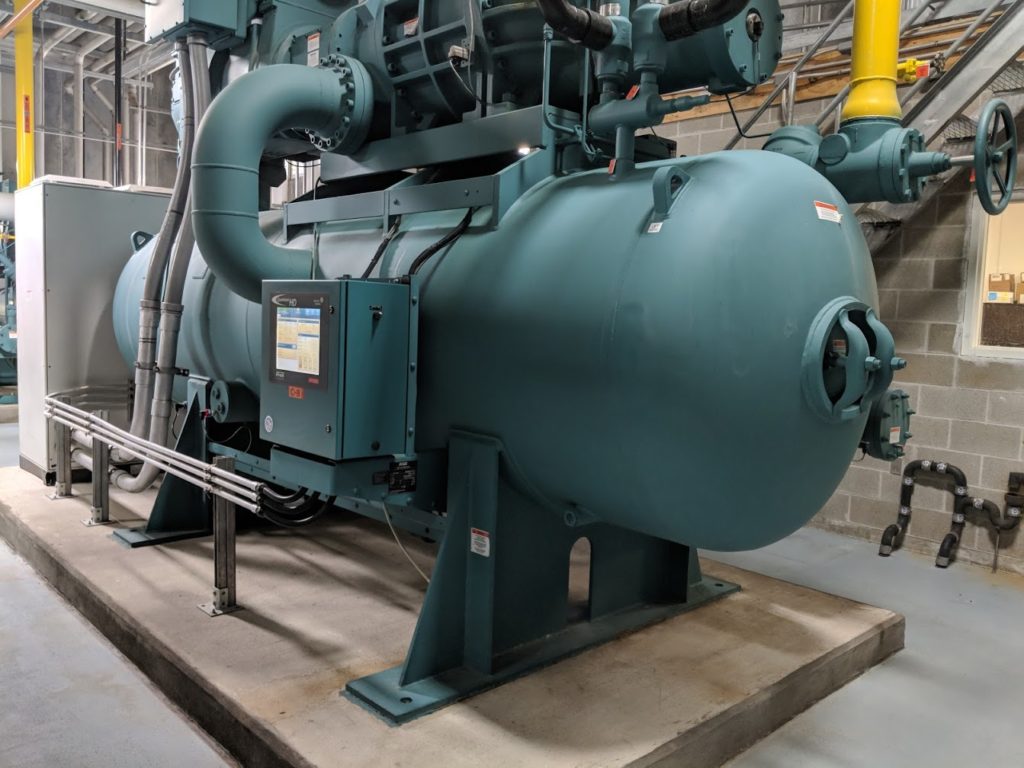